The thing every explorer will tell you is that to properly know a place, to find the secrets creeks and hidden valleys, you need to not only drop off the beaten path but sometimes to blindy step forward as well. Trusting in your own instinct, reaching for what you do knot even know is there, follwing your guts and making snap decisions. All of those skills are necessary to survive in rough lands, and the Big O is no exception.

Today I am reaching out to a self-proclaimed fringe player of the Big O. Another Englishman exported to New Zealand, he claims to be a "dodge" coach but has been playing Nurgle among us the past seasons. He hates dealing with overcrowded parking lots on week-end and plays Gobbos to vent out. He's the coach of Division 3 Cyrus's Viruses, G-Doggity!

What's the story behind your nickname and what made you pick it?
Mmm....desperate attempt to fit in? Sound cool? Extremely boring name, called Graham which sounds like a 40 something accountant (which I am not). Actual name I think influenced by Eminem in 8 mile...Pretty sure there was a diggudy-ish line in there which stuck!
Very 90s...The best decade...I am involved in education nowadays and I love letting students know the song they like was actually a thing in the 90s.

When did you start playing Blood Bowl, in the 90s too? 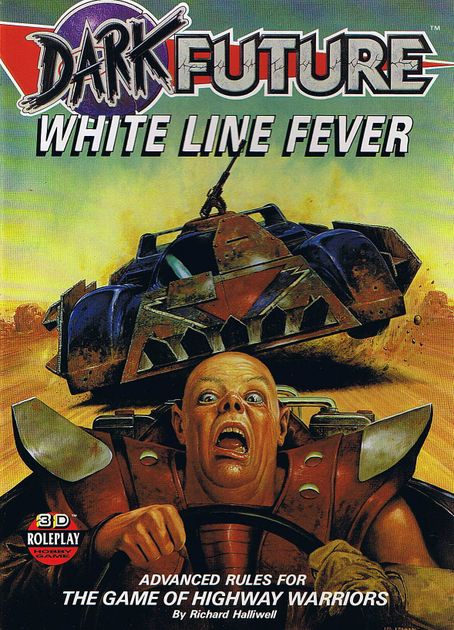 80s sadly. Me and my brothers were into the whole GW products....We were BB original board gamers complete with plastic orcs and coloured base rings....
Sadly the board got sold by my folks when we all left home

We played another one called Dark Future too...sort of turn based MadMax game. I think I saw a demo of a game for it on Steam actually. Good times!

How long have you ben playing BB online then?
Maybe 3 years? ...Only since BB2 anyway. Stumbled onto it through PS4. 3 to 4 years it seems.

Ok, and how long have you been a fringe player in ReBBL?
Mmm...a couple of years...maybe but sporadically. I did have a earlier reasonably successful Delf team.. the Irkwood Innuendos before the Nurgle crew.
I am probably a bit of a tragic now...I spend a bit of time making team names and themes...
I am quite proud of my goblin team you played last night. In terms of the naming theme that is.

We're talking about The Bloody Believers, the team that destroyed my vamps in BBLANZ LL12.

Talking about that, is your Nurgle team name a reference to Con Air? 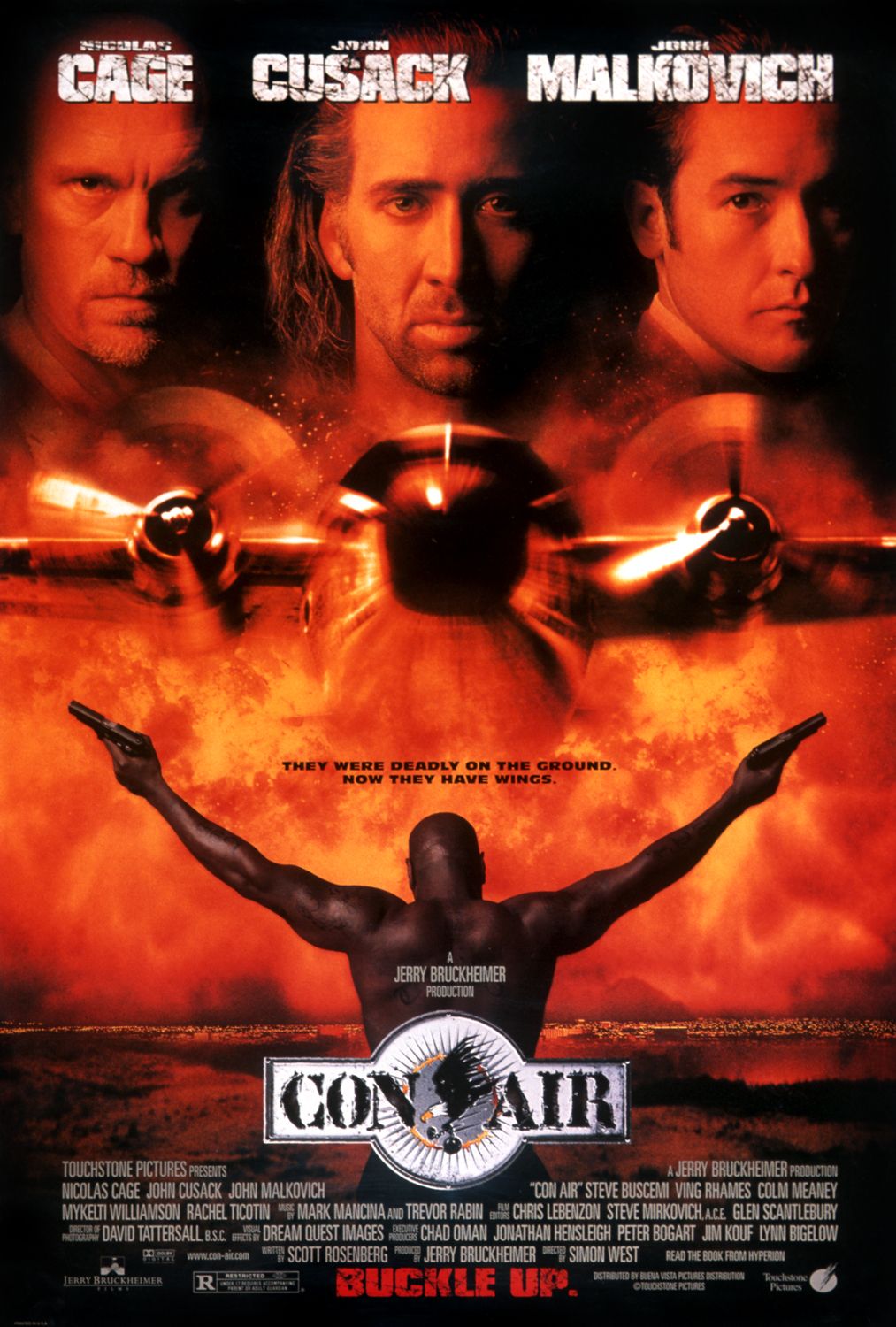 Gold star! Yes. No one else has commented on that. Its nice to know its seen
I have a mixed team in BBLANZ mixed league called "Steve Jacksons Barmy Army"... Reference to the choose your destiny books I read as a kid. Characters from the series are the players.

My favorite series from this type of book was "Way of the Tiger", tiger kick and garrotte all the way!

I remember your Delves doing their last season when I joined, what do you think of your Nurgle trajectory until now?
Downward trajectory. Last season sucked. This season I have been saved by having two 'fling teams first up.
However both were tight, coached by amazing coaches but I was lucky enough to win. I did lose my best CW player and I think have failed 5 from 5 regens in last 2 games.
I have [Ecky] next who has Helfs who have beat me twice in previous seasons...I think I need to be patient and build some skills.
I am as I said [previously] more suited to dodge than bash. So it's a learning curve.

So which race is your favorite?
Rats are my go to team (plus I am very happy with my team name NZ all-rats). However I think I enjoy playing Kislev the most.
They have taught me strategic play and that its ok to rely on 3+ when needed! But not as a first choice! I jumped on Kislev straight after the BB LE was released and stole the Kislevs flying circus name...I recycle the same team name now! Like a kid...I am not sharing!

Any chance to see them in ReBBL one day?
Mmm...maybe yes. The current ones are sitting at 1900TV just finished their ANZAC comp. Gonna try them at a senior comp level then maybe try Kislev in ReBBL next time. A new team of course.

On the other hand is there any race you would never play? Or simply hate?
Good question. I have shied away from UW and Ogres so far. Having said that I see players like Noctifer and Yasmir with UW and others with ogres rocking it. I thought Khemri were a bad choice but have had some success there. Number 1 "boring " team has to be Dwarf though.
Khemri take planning and chess like thought. A good skill too develop. Also the 2nd best moves for TD celebrations...behind Kislev. I am waiting for the BB patch for upgrading player celebrations to Fortnite moves.

Well I think you can wait for that one, probably in BB 3

With the experience as a chess and BB player, what do you think are your strengths and weaknesses? 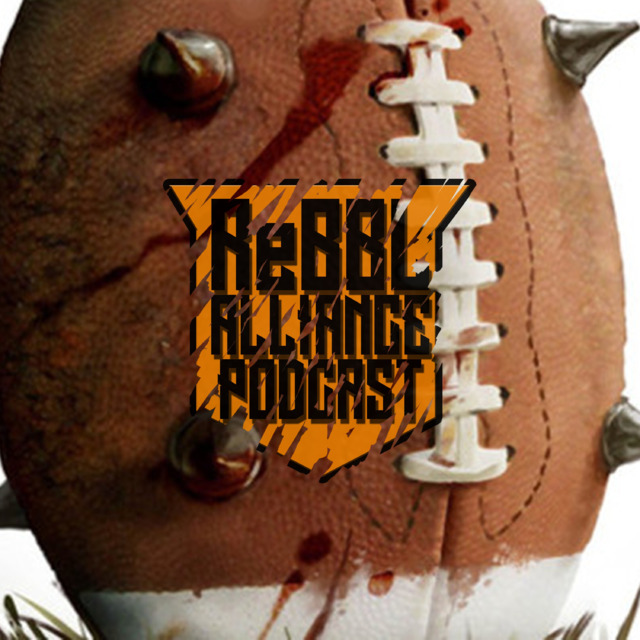 I love to play. My wife says maybe too much playing. I don't give up which I think is why playing dodge teams helps...There is always that chance of stealing the ball.
As for weaknesses I tend to play fast and react quickly. Strategies tend to change mid-turn which isn't always ideal. Its very rare I use the full 2 minutes in BBLANZ games. 3 minutes in ReBBL is a long time!

It's actually 4mn, but this might change. For more infos keep an ear to the ReBBL Alliance podcast.

What advice would you give to newer players trying to get better at Blood Bowl, based on your own experience?
Enjoy it for what it is. Number 1 thing I have enjoyed is the online crew I play with. Such a good bunch. I think I win a bit more than I lose nowadays (not much more though) but at the start getting beat was countered by the enjoyment of it. Its a game at the end of the day and Nuffle will do what he does. You win then you lose.

Wow...too deep. Or.. find that team that floats your boat, play them, learn them then build slowly. Don't give up when losses accumulate, it all balances out in the end!

Talking about fun, which player skill gives you the most in general?
The most anxiety...Pile On. The most enjoyment...Leap. The most attitude...MB Tackle.
Fun...Fun comes with dodge teams I think. Any of the above works for fun: MB tackle is fun against Goblins... Anything with high MA is fun. Freedom to roam the BB pitch at will..unlike Dorfs...4 squares at a time, defensive square march down the pitch..yawn...lol

Not the first time Dorf play style is considered a powerful help against insomnia.

Which Kick-Off event do you hate the most?
Very good question. It has to be the crowd riot.
I actually get angry when Rocks get thrown and either someone dies, or half your team is stunned. So unfair!
Not sure about the kicking event at the end of extra time either. Seems unfair as well. Only been there the once but I didn't like the result! I reckon: one on one hits until someone gets KO'd would be better!

I said I'd retransmit the suggestion, it is done. 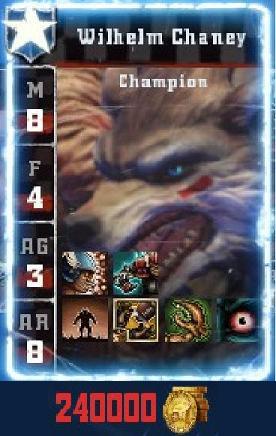 Do you have a Star Player you particularly like?
I think Chaney is bloody good value for money.
However I got to use Zara the slayer for the first time the other day and was well impressed. She looks good, plays good and was a tough opponent so she is up there.
Same name as my daughter too.
We called her "the slayer"...haha..dad joke!

Dad jokes are part of the Blood Bowl folklore, some say they're mandatory!

Dad jokes have a large audience in Blood Bowl, it's part of it.
I have noticed that. This is where many dads go to when they have small kids and going out clubbing or drinking is no longer an option! Love it!
It's probably a reason I am playing a bit...it's not "just be stuck at home on a Friday night"!

What do you recommend as drink and snack during those long 4 minutes turns games?
Lol. Well I am sadly very much the Englishman in that respect...a beer of some sort. A pilsner is always good. But not too many...unlike in a game of pool or the dance-floor where your ability improves the more you drink, I have noticed the opposite in BB.
Except for Flings or Goblins where the completely outrageous plays you would never do sober tend to work!

I'll give you the same [player submitted question] I inflicted upon Munkey: 'With the benefit of internet anonymity, who's that one band you'd never admit to loving, but really do?'
Mmm...I think music tastes change as time goes by...a band I purposefully hated back in the day, and vocally show it to annoy my parents, but would happily inflict it on my students now would be Abba.
Not very manly I know. I think it was seeing the stage musical that changed my mind...my mrs was in it as well so I kind of got used to hearing it a lot. Now.. I don't mind it.
There are also some pretty mean Pet Shop Boys tracks...sssshhhh

As always for every one of the interviews, thank you very much G-Doggity. A great moment of chatting, blasting kids nowadays and evoking memories of times passed. Best of luck in both your ReBBL and BBLANZ ventures this season!