My guest today is Australian, based in Sydney. Father of two, he slowly brings his oldest into the world of Blood Bowl. He also takes part in two local tabletop leagues: the Sydney League of Blood Bowlers and the Decked Out Gaming Blood Bowl League. Pretty active around BBLANZ, he's had a few teams kicking around ReBBL as well. Coach of Masters of the Underverce with the famed He-Rat, Yasmir! How did you pick your Internet nickname?
I played Warhammer Online as a witch elf, as the class I wanted to play blackguard was not available when the game launched. So I looked through the Malus Darkblade novels for a name. His sister was called Yasmir and the name stuck through other names as it is uncommon so I can always use it.

Warhammer Online was probably my favorite MMORPG experience, maybe because I slacked in the back of PVP raids...

When and how did you start playing Blood Bowl then?
I played a lot of third edition TT from 1994 with a group of friends. Later we played some 4th edition and a short stint of 5th. I played single player in BB1 but only got into multiplayer in BB2.

What prompted you to get back to multiplayer?
BB2 is basically a multiplayer game. BB1 multiplayer was not as easy as there was no matchmaking at the time I played it.

How did you stumble into ReBBL then?
I played in ReBBL (well REL/Gman back then) from the first season of Big O, season 4 I believe. Back in the day they were scrounging around to get 14 players for this new REL/Gman oceanic division and I found the post on the steam BB2 forums. Signed up and have played in it ever since...
I am on my 4th team in Rebbl sadly!  My guys have a habit of dying no matter the armour value.

And they do. But they leave their mark in the Big O as well!

My first team was Lizards for 2 season in Div 1: Izta Speedsters. Then came the Masters of Div 1, Chorfs who died like flies. Then the Remasters of Div 1 Chorfs, who went to play-offs after coming 1st in their division but then went into a Open Invitational related death spiral: lost a positional a game.
Masters of Div 1 were named after Div 1 coaches - Remasters were all puns names of Div 1 coaches.

I needed luck after that. So I pulled out the big guns with a He-man themed team!
Back in the day the luckiest team I ever had in TT was the Masters of the Universe, a Human team that never lost a game; so naturally I am drawing on the Power of Greyskull when I need some luck to go my way! With underworld you need lots of luck!

This count double as admins dropped Yasmir in our murderously stacked Death Div this season.

You obviously played a lot of different races, which one has your preference?
It depends, in tournaments and serious BB I like to play Orcs and Chorfs. For fun I like to play Vamps and Underworld. I like playing the races that were not available in 3rd ed. I find you don't really know how to play against a team till you have played it; so I try to play as many races as possible (except elves as they are cheating).

So, up to this day, what would you say is your brightest achievement as a Blood Bowl coach?
Representing BBLANZ at the BB2 world cup with Orcs; even though I lost in OT in the round of 64 it was great just qualifying.

That's pretty impressive, what's your next goal now?
I want to play a Vamps team and stick with it to Div 1. I am going to commit for 5 seasons so no more changing races for a while.
I have a High TV Nurgle team in BBLANZ that is the bane of everyone's existence (It is called Hugs All Day) and I don't like to take power game teams in both leagues as I like a challenge.

I can say that aid Nurgle team is horrifying and I just looked at the roster, not even faced it on a pitch.

Among the varied competition formats you participated in, do you have any you prefer over others?
I enjoy the NAF Style TT tournament format but it is limited as they are generally low TV. If I ever run a TT tournament it would be 1500TV with skills purchased from the TV.

With the benefit of your experience playing Blood Bowl, how would you qualify your play style, strengths and weaknesses?
That's a tough one as I play different styles depending on what race I play at any time. I am better as a bash coach than agi. My strength is versatility I guess. My weakness is I play too fast in REBBL.

Are there any coaches you look at to keep progressing as a coach?
Jimmy Fantastic, the Sage outside of Big O. Inside Big O: Papanasty and Walkerthon for bash, Sandune and Morka for Dash (even though they cheat using filthy elves, agi 4 across the board has to be cheating

Based on your own experience, which advice would you give to newer coaches trying to become better at Blood Bowl?
Play Orcs to learn positioning and 2 dice blocks. Then move on to other teams.

Which player skill do you have the most fun with on the pitch?
Hypnotic Gaze: nothing beats opening a cage up to a 2 dice blitz when you opponent thought they were safe.

You probably played with a bunch of them, do you have a favourite Star Player?
Wilhelm Chaney and Hthark the unstoppable.
ST4 Wresle Frenzy is so good with mv 8 for Chaney. Hthark the Unstoppable is great, as a St5 mobile star player is really good on a slow team.

We talked about the things you like, but is there a kick-off event that particularly annoys you?
When you get a Morka (formally known as a blitz!) against you it is pretty bad and happens too often I would like to make that result an 11 rather than a 10, or maybe make blitz a 3 and swap for riot.

I thought 11 was Blizzard and was hype for twice more chances of it, turns out it's Throw a Rock and nobody wants to double the chances of that.

What is your stadium enhancement of choice?
For bash teams the one that cancels pitch invasion for other teams is depends on what play style you are going with. Bribe can be good, as can the beer stand for Necro teams.

Any drink and snack to recommend to accompany our Blood Bowl games?
Beer, and more Beer. 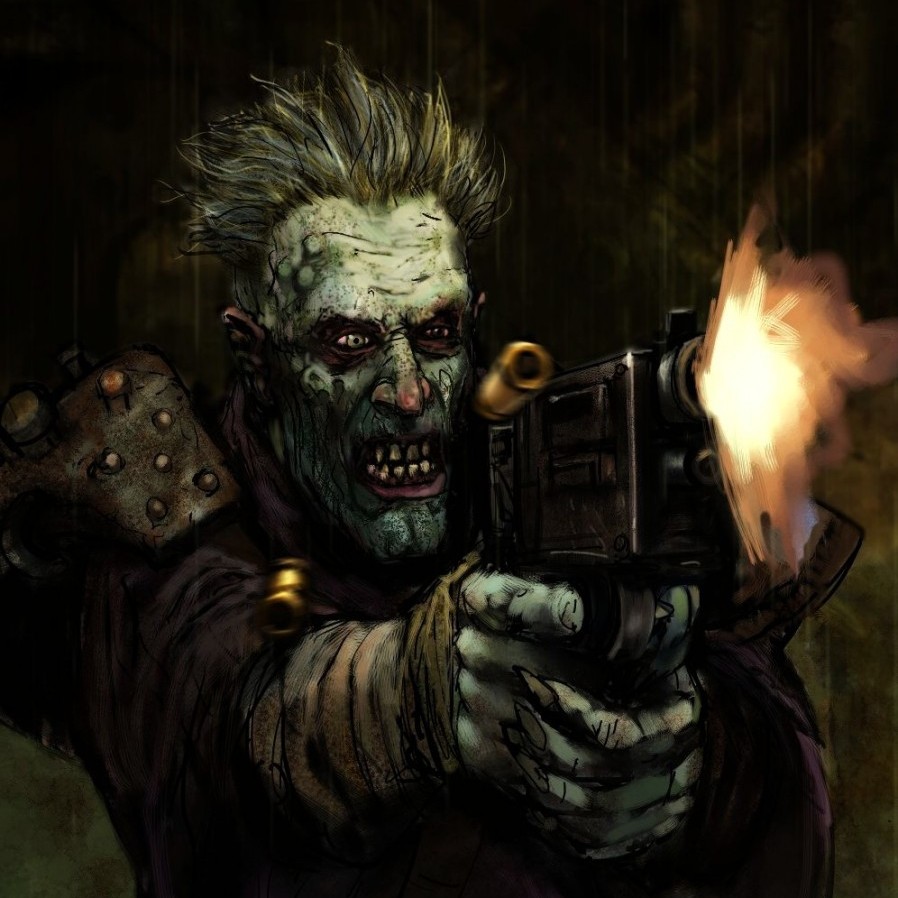 And finally the player submitted question, this time by Durteef:
What are some other games you're playing at the moment?
I don't really play other PC games, but I am having a go at playing a Necromunda campaign in TT soon.

Many thanks to Yasmir for taking on his free time to answer my questions. As always that was an instructive chat, both about Blood Bowl and the variety of profiles for coaches.