For those not in the know, the mad lads in REBBL have once more graced us with a pet project: the REBBL Stock Market. A place where you can buy and sell shares in your favorite team to hopefully make a nice profit and be crowned the luckiest shrewdest  investor out there at the end of the season.

Now this isn’t supposed to be a tutorial for how to use said market, (you’ll find that here), just a kind of recap and potential guide in the scary world of money. I will be going over trends, outliers, and other notable things. Let’s begin. 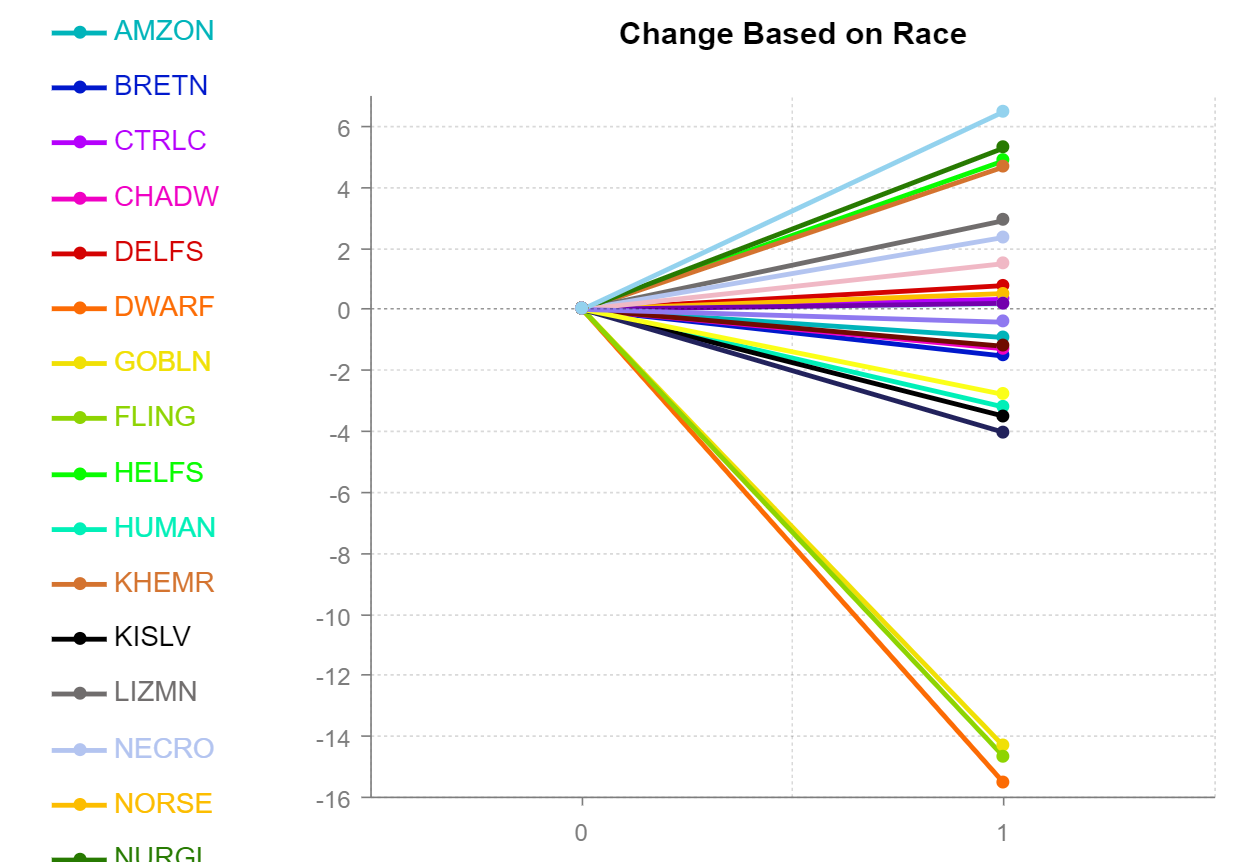 There’s a lot of races huh. That’s not the prettiest graph I've ever made but it’ll do for now. This is useful if you like investing in indexes, or to see which races tend to do well. The gist of it is this:

Wood Elves (6.48): No surprise here, woodies have and will always do well. The problem with this is the high cost per share, so a good bet would be to buy some shares off of a team that just lost as they’re likely to gain you money overall (like the Moist Owlettes).

Nurgle (5.29): Another solid race. Here it’s the high div ones that are most likely to get you some change.

High Elves(4.87): Not a race you usually see do that well, they have nevertheless managed a lot of victories this first week. A volatile stock that might be quite swingy depending on both matchups and if the team suddenly imploded.

Dwarves(-15.52): Certainly a surprise to see dorfs this low. This huge change is largely due to [REBBL] Brutalia losing their match. I reckon their stock will bump back up in value next week so buying now is a smart idea.

Halflings(-14.66) and Goblins(-14.32): Stunty teams are rarely successful. These stocks will probably continue going down and shouldn’t be invested in by the faint of heart.

Important Teams and their Matchups

Here I give my €0.02 on the teams with the most shares going around and their coming matchups.

DOGST: Facing goblins, this is a good investment unless something terrible happens.

AMAST: An amazing wood elf team facing some chorfs. The wood elves have Strip Ball while the chorfs don’t have Sure Hands and few kill skills. AMAST is a safe bet here.

SFRI: This Underworld team is coached by a fantastic player, but Underworld struggles against Dwarves. Keeping stocks invested here is risky.

And that was that for this week's recap and advice. Here's to hoping...