Here at ReBBL, a few things happen when you win a One-Day Tourney. You get the bragging rights of course, you get the mug and the admiration of your peers (for both of those). But to keep things balanced you also have to spend a couple of hours answering my questions. Tough luck.

Today's victim is the recent winner of the Cripple Cup (S10), Karlosibz.
Originally from Ibiza, now hailing from Barcelona, Spain;  he's an admin for a local Blood Bowl Spanish league: Liga Hispana. You can find him streaming his games in English and Spanish, a good place to practice while watching his Clan games for [FOUL] or leading his GMAN2 Underworld outfit Warpstone Sneaky Servants on the pitch.

Let's start from for beginning then. Karlosibz as you just said is your nickname because of where your from. Anything else behind it ?
My name is Carlos and when I was younger

I though it was cooler to write it with K...

A lot of us did, no shame in that. 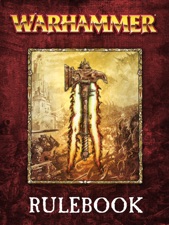 How did you discover Blood Bowl?
Used to play a lot of Warhammer fantasy as a teenager (I am 28 right now) and saw a couple of Blood Bowl tabletop games at my local shop.
After a couple years saw the BB1 in Steam and played all the campaign vs AI, never touched pvp.
Found BB2 also in Steam a while ago and just got hooked. I started playing online a few months before the release of LE. COL mostly, sucked REALLY hard at it. And I can't suck at anything I like, so I looked for help and found ReBBRL XD

How did you find ReBBRL then?
Just googled for Blood Bowl tips and help, and the Reddit was filled with beginner questions, and started hanging in their discord.

The hard work of ReBBRL staff in easing new members into the community is impressive and should always be promoted.

Did you play only a College season, or you went through Minors as well?
Both, actually played 1 and a half seasons of Minors as I subbed for a drop.

I often hear stories of people going through ReBBRL and then staying in touch with other "graduates". Do you have any friends from that period you still see in Majors?
Manus Atra and BigEasyTP, now in my group of Gman2 for the second time. I think we were a good year of rookies

You said that you're streaming your games, and you're involved as an admin for another league. Do 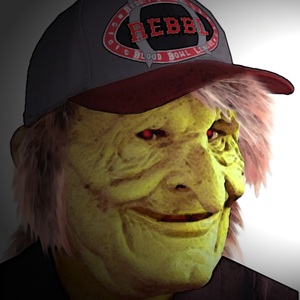 you plan to get more involved for ReBBL as well, maybe by applying to become admin or by creating content (video or otherwise)?
Ugh, I would love to! But my plate is already too full! A few days ago jumped to help Harringzord to cast a game and I loved it, but right know looks quite difficult to make it a "normal" thing... I just need to stop working or having a gf xD

Karlosibz mentioned in the pre-interview chat that he was in a love-hate relationship with his Underworld team for 3 seasons now, unable to leave them as they refuse to implode.

You said you brought your UW team from ReBBRL. What attracted you to them in the first place?
Free mutations!
The idea of having 3 claw mb on lvl 2 and having a bunch of little guys that can move anywhere on a 2+ is so tempting. Then you realize that you can also lose players at a 2+ rate and its not that fun anymore XD.

Which race do you play in Clan?
Nurgle. Heavy kill Nurgle to be fair, no Guard all Claw and MB; subbed in too, in that league, so... not my choice

but doing quite ok with it

Yeah, that's what all Nurgle coaches beside Metal say " I had no choice, I've been forced to". Just admit you love your mutations!

I have one of the most scary killers in Gman and he tends to do quite good: Dirty Claws

He was in many of the player of the week top 5 before they changed the value of the fantasy points.

We all know the Fantasy Points system was changed because of Skaven blitzers, no wonder StormVermins got caught in that.

Do you have any race you would like to play more "seriously"?
I want to play Chaos in a long-eternal league. I have played quite a lot of teams in different leagues and Chaos is still untouched. I have that feeling that they are "too strong" and maybe that is why I started to play "suboptimal" races, but I have changed my mind about it recently.
BB is a difficult enough game and has too much RNG to be cocky or picky about it. Playing Wood Elfs in my Spanish local league and doing super good with them - another team that I find OP

On the other end, is there any race you really do not like to play, or wouldn't ever play?
I have never touched Lizards but they are not interesting to me.
And Vampires are too much for me, way too difficult to play; I have a lot of admiration for the ones to make them work (hey RandomBoy and hey Sai_Maa

What is your objective with your UW team for now? Make it to the play-offs? Climb to D1?
Make it to playoffs for sure, I don't care if it's in D1 or not.

As we know you also play in Clan, sometimes in 1mn and all the 1Day tourney you can get. Which format is your favorite?
The regular eternal league for sure, I am not much of a pixel hugger, but I love seeing how teams evolve.

Let's talk about Cripple Cup since you won the latest edition. You won with Pro Elves if I am not mistaken. What made you decide to bring them in what sounds like a meat grinder?
Cripple Cup is meant to have as many cripples in the field as possible and I went (the previous edition) with a team that I did not have the chance to play. So I picked a low armor new team to me, funnily enough all I got was a niggle Lineman XD

Will you bring them back for the next edition to defend your title?
I will have to think about it, maybe it's too good for a returning team... No important lost players in two seasons, so a lot of development there

What would you say are the ingredients to a successful Cripple Cup?
Learn to deal with the salt and enjoy the silliness of the format and the game. It's more of a fun day out than a competition, if you win that is of course a plus

(Also know how to deal with 1min turns lol)

Now that you got the crown for the Cripple Cup, do you plan to get the others 1Day ones?

Oh yes! I have been beaten twice in the Chaos Cup by Randomboy in the finals, so definitely will try to go for the rest, as long as it is kindly with the EU zone.
[Spoiler alert: it is not] Yes, if I play will only be the group phase.
Have never had the chance to play the HJMC

Next Chaos Cup will kick off on February 9th (Sat) - 11PM UTC. Sign-ups are this way.

Would you say winning the Cripple Cup was part of your proudest BB achievements?
Definitely. Only a bunch of people can say they have a Rebbl Mug!

Now that you traveled all the way from College into the dizzying height of Cripple Cup, what would you say are you strengths and weaknesses as a Blood Bowl coach?
I think my biggest strength is my positioning and defense, after a lot of games I think I understand what I want to do and how I can force the other coach to do it.
Offense seems to be a bit rough sometimes, specially with slow teams.

Are there any coaches you look at to keep evolving?
I think there are a lot of really fine players around the whole of GMAN and ReBBL, I know mostly the Sage and AndyDavo for their streams.
But the one I think I respect the most is Ornan who has taken more or less the same path with me. If I am not mistaken he was in the rookie league with me, not totally sure about that. He has really gone to the next level and think there is a lot of work behind it, so props to Ornan 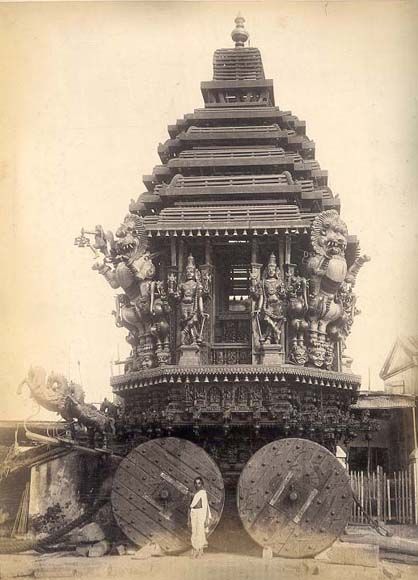 Which player skill procures you the most fun on the pitch?
I think that Juggernaut is the most underrated skill in the game, especially on killers, and having one is working wonders for me (is my skill of choice for legend on Dirty Claws).
SF? Say "Nono"; and Wreslers cant defend against it. Ah! and you don't have to fear 1/9 to get stuck blitzing, just awesome.

Do you have a kick-off event you really hate?
FUCK HEAT. Really, fuck that.  It's the most random thing in the game, you can just lose a game out of that and there is no counter play.

Do you have a favorite Star Player?
I am having Glart induced almost every game. He is pretty good

Do you listen to anything while you play BB?
Not if I play alone, I look for any kind of chill non copyright music if I stream.

Do you have any snacks or drink of choice to go with Blood Bowl?
Never, I am a healthy person. No snacks or unnecessary sugar

What is your favourite song to pump you up and get in the zone?
Rise from this year's League of Legends World Championship, amazing song

Once again congratulations to Karlosibz for taking the Cripple Cup crown! Many thanks for taking the time to answer my questions in what was a really funny and chill chat! Kudos for being an active member of the Spanish Blood Bowl community and giving ReBBL people a good name!