Player Team Of The Week 1  - By TomasT

Welcome back to the new season GMAN,

Some insight into the calculation can be found here TT tuning. I welcome any input on the numbers.

So without further ado let’s see who were the best TTs whisperers in week 1. 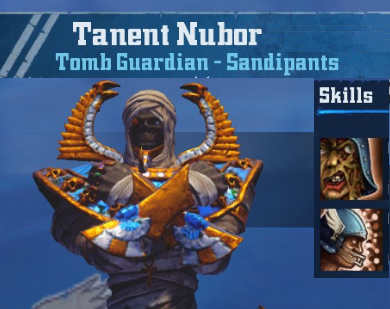 I tried very hard to get some Khemri player on the list as they felt ignored for the past 3 seasons. While I am not their fan personally, my "journalistic integrity" forced me to bend the rules so they get their 15 seconds of fame (that is how fast you read those apparently). Tanent Nubor comes from the fresh 10G division and this was his first game ever. And he pulled a game that would leave every Khemri coach drooling. This rookie Tomb Guardian without Mighty Blow or Block caused havoc in the orc lines. In just 11 blocks he broke the orc AV9 armor 4 times. This resulted in 1 knocked out orc and 2 casualties. 4 SPPs for Tomb Guardian in first game of career is the dream. Orcs had a hard time to play with lower numbers and lost to Sandipants 2-1. 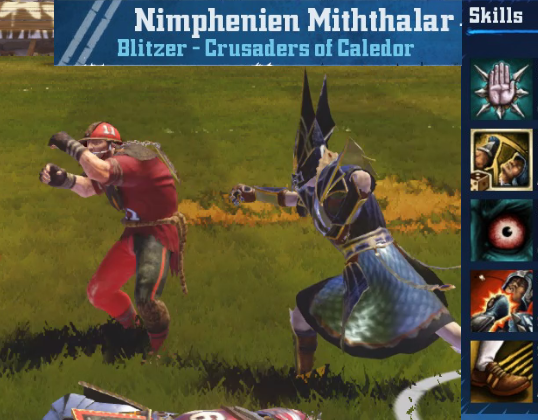 While the new system should benefit mostly the less skilled players, this is an example that even stars can get in. Nimphenien is already level 5 and has some skills in his kills stack that made his blocking accomplishments less valuable like Frenzy, Block and Mighty Blow. He overcome that lower value with the amounts. He made 19 blocks and suprisingly only 6 armor breaks. I assume he was rolling mostly pushes. But when the armor breaks came they hit hard. He knocked out 2 brettonians, injured another and killed Horse 3. The Knights Saying Ni will have to refill the stables. 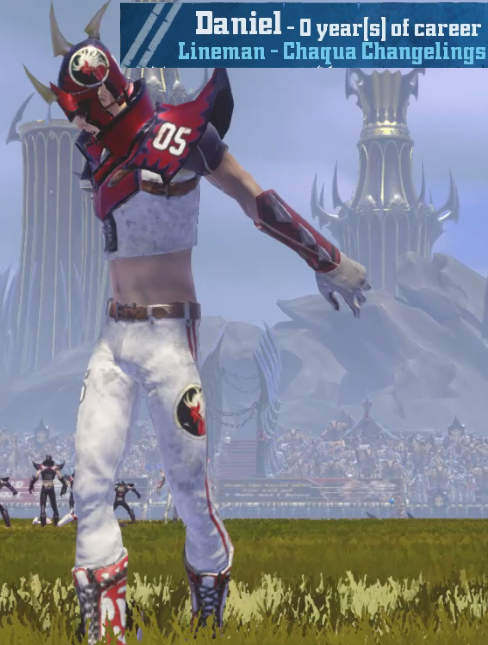 This is the shining example of how you can get your rookie players in this leaderboard thanks to their TTs. Daniel pulled nice 12 fantasy points which would not be enough to be placed here, but since he is rookie his certain actions like armor breaks and injuries had higher value than for killers. Daniel made just 5 blocks the whole game, but by the end of the game the opposing coach must have clenched his butt just my seeing him move. In those 5 blocks he caused 3 armor breaks and each of them ended up with removed Dark Elf. No, he was not hitting his own. This was proper Delf-off. For his great achievements in the punching category the coach put his trust in his scoring skills and had the ball thrown to him. To my huge surprise, as DE coach myself, he caught the ball and scored one of the 2 winning touchdowns. 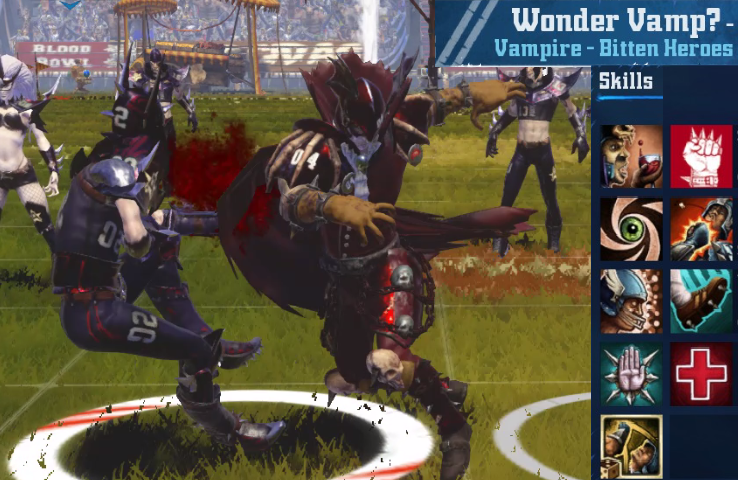 Wonder Vamp? Definitely YES. If you have not seen this game and you are into some kinky elf murderizing, make sure to watch Bitten Heroes to take on the Deadly Nightshade and rolling injury dice so hot it left poor elves 400TV down by the end. It was not a game that the season 9 semifinalist would cherish and fondly remember for the remainder of the season. Wonder Vamp? definitely earned his spot amongst the best GMAN players of last week. Out of the 29 blocks against the elves Wonder Vamp? was integral part in 13 and broke armor 7 times. 2 out of the armor breaks just knocked out 2 elves, but another 3 were pure injuries. 1 badly hurt, 1 armor busted lineman and the most priced hit, killed Blodge Step Guard Blitzer Sugary Chips. While Wonder Vamp did not score, he did not shy away from little ball fondling and made 1 pass and 1 catch as well.

Raindrops on roses high-fiving Lemon. Think twice before not reciprocating the high five.

Raindrops on the roses is a nice poetic name and no wonder it is one of Preisz’s favourit(e) thing. Especially if they are bloody raindrops. In his match against Wood Elves Raindrops made a first kill of his killer career (which no doubt will be magnificent and probably short) in the form of Wood Elf lineman Lemon. When life gives you Lemon, make Wood Elf Stew. Raindrops did not have the Claw before the game and was sporting only Mighty Blow and fear of rolling 1 in 9s. Despite being almost rookie pestigor he pulled off the team win almost by himself. In barely 10 blocks he broke armor 4 times and apart squeezing the life out of poor Lemon he injured one and knocked out another elf. Plus he scored one of the 2 winning touchdown of the game to speed up his kill stack.