MO: - Hello ReBBL, this is Michael Orwell from the beautiful port town of River Plate, bringing you the season 11 presentation of Primal Concrete Sledge. We were promise the Owner words, the Coach and a couple of players today.

MO: - Well Gypsy, they are entering the room right now, lets hear what they have to say...

Owner: - Hello ReBBL, members of the press and fans, we are here today to celebrate the begging of another season, to talk about the future of this team and the franchise in general. All I have to say before I give the word to the protagonist of this marvelous project is, we love what we do, we wanna continue to grow and most of all, we do it for you, the fans. 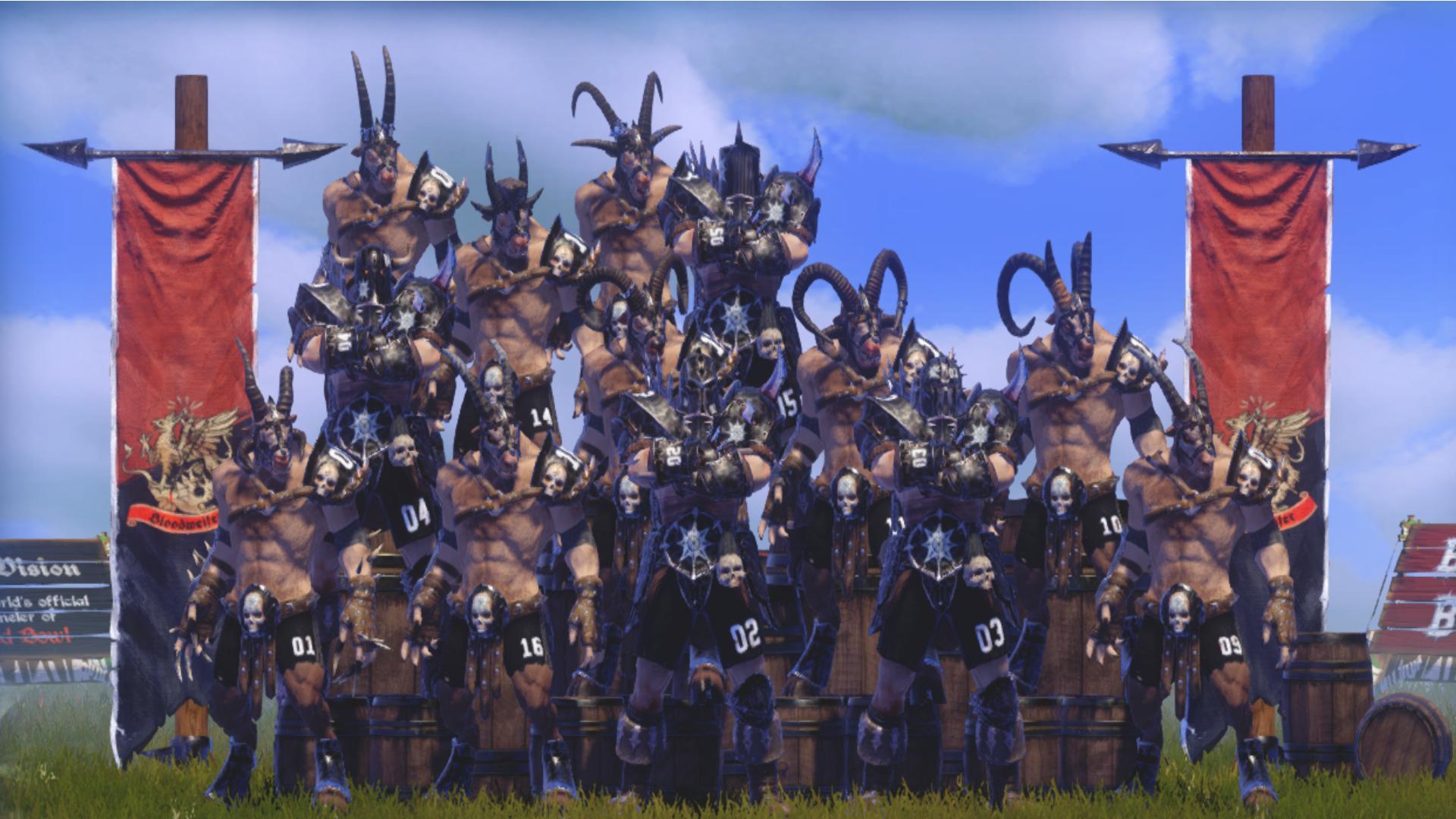 Incesticide: - Well, he stole the last part of my speech... Let's start, first of all, Primal Concrete Sledge will be part of Rel Division 4c, a strong division full of good teams. We think that this is a favorable division for us, and we should qualify to playoffs and promote to Rel 3 this year.

We have a powerful team, that finally gel together and they are now ready to dominate. Now, before we go to the players on my back, I will answer some questions.

MO: - Good Afternoon Coach, first of all, last season your record against elves was horrendous (0-1-6), and this season you have to face A LOT of them, how can you be confident you will qualify to the playoffs?

Incesticide: - Well Michael, the last season matches we all preparation matches, we knew elves and vermin were our weak spot, so we trained, we tried a lot of stuff and I think the team finally found his way to deal with the prancing teams.

MO: - Can you explain to the fans the decision to let go Aero Zeppelin, not only a good player for the team by the numbers, but the only player on your team that was able to play the 20 matches last season, the fans are raging over this?

Incesticide: - Well, I was hoping to touch that later on, but well... Aero Zeppelin is a great player, a team player and a fan favorite, but we had the opportunity to get Mu'Tigor on the team. With him, sadly for us, Aero would had to be waiting on the bench, and we think he is a great player, and deserves playing time, so we let him go hoping that he will find a good team to play next season.

MO: - And what about Mexican Seafood, during the off-season there was a lot of talking about him being transferred to Gman 1, what happened?

Incesticide: - Mexican came to us with the contract in hand, and we thought it was a great opportunity for him and we right away agree to the terms, but sadly right before we were able to finish the transfer, a vortex opened and devoured Seven Circles management and stadium, and for that, Mexican is staying with us.

MO: - And what about the rumors of collusion during the open invitational...

Incesticide: - Nothing to say, let's allow our Team Captain and heart of this team to address the fans...

Endless Nameless: - I'm here just to tell our fans that we WILL destroy the opposition and win the division. FOR DIMEBAG, ALL HAIL DIMEBAG!!! Also we are happy with Mu'Tigor in the team, he is a great fellow and we think he improved us a lot. On the other hand Aneurysm developed quite intriguing ball technics, so after a few training matches he is now our offensive captain and ball carrier, with this Hairspray Queen was relegated to defensive duties. I can assure you that he is happy with his new position, less pressure he said.

MO: - Endless, one question please. Thank You, what's your goal this season?

Endless Nameless: - I wanna bring our team to the playoffs and I wanna kill 10 opponents, I think killing is something the fans demand, and I need to start to deliver in that front too, maiming ain't enough.

MO: - Well Gypsy, that's all it seems, the party started and I need to interview a whole division, so I will go for now.

David is gone! It is just Stasy recapping this week!

There have been some changes to the formatting.