Stats About Playoffs! Edition 2!  - By Chabxxu

Holy. Crap. What a week! We have 57 games of Bloodbowl in the span of a single week. And all of them were streamed. For any fan of Bloodbowl, it's hard to ask for more isn't it? We had some incredible games already. Nailbiters. Actionpacked. Incredible plays. And of course, a ton of memes that will live on forever. Thanks to you guys! But now it's time to take out the data from those games and see who performed the best in both competitions!

So... before the start of playoffs, I told you guys plenty about how Gman needed to have the most tickets to have a better chance at winning the whole thing right? Well, it seems that not only was that true, the Hardest Working Man in Rebbl, Harringzord, also somehow managed to work his magic so that Gman would win more rounds...

To my great horror, I saw many of my Rel Comrades fall to both BigO and Gman, losing a grand total of 13 games in the first round. Bringing back the cup home is going to be quite the challenge for Rel, with Gman holding his advantage and BigO losing 5 games in their 10 played. Not bad for a very very very distant region!

I also had fun finding out which divisions had the easiest way around in the first round. Surprisingly, Div 1 teams didn't really do as great as people could have expected. Attrition maybe? Something that was expected however was the result of fresh teams, with only 5 teams out of 17 won their games. Let's go fresh teams! Bring it home! Oh... and Rel Div 3.Disapointing. Really disapointing....

And now, to everyone's favorite part, races! Dark Elves and Nurgle still are the two races with the most representation so far, with both 5 teams still in contention. At the other end of the spectrum, Lizardman, Orcs, Skaven and Wood Elves all had a terrible Round of 61, with 3 teams of each race biting the dust. And finally, we say goodbye to a few other races: Amazons, Humans, Norse, Pro Elves and Wood Elves saw all of their teams lose. Kow what that means? That means no triple crown for Wood Elves! It's now the age of Kislev! 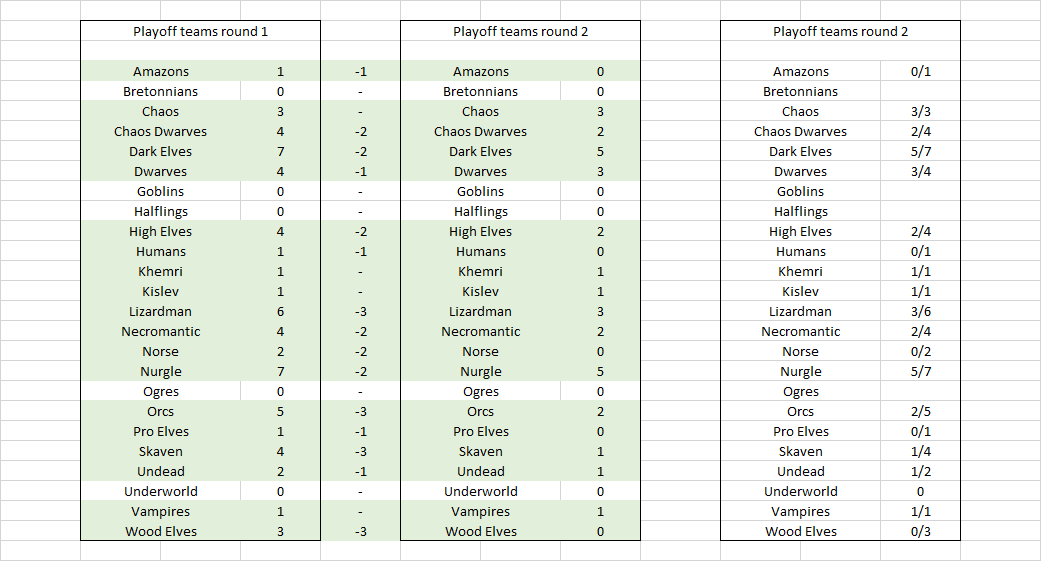 And now to our nice and very fun Sippy Cup! We've had some very good games there too! Even if one of them went on forever! Really excited to get to see more games as the competition progresses! Here though, Rel showed their prowess by keeping ahead in the standings, while Gman took the biggest beating. Good competition ahead!

Here too, fresh teams also had trouble winning their share of games, but there is still 7 of them that made it through! I really hope they can go far! The biggest surprise here for me was the Div 4 teams that really took a beating, with 7 of them being knocked out simply in Gman. You know, when I say Gman is weak... Hehe. 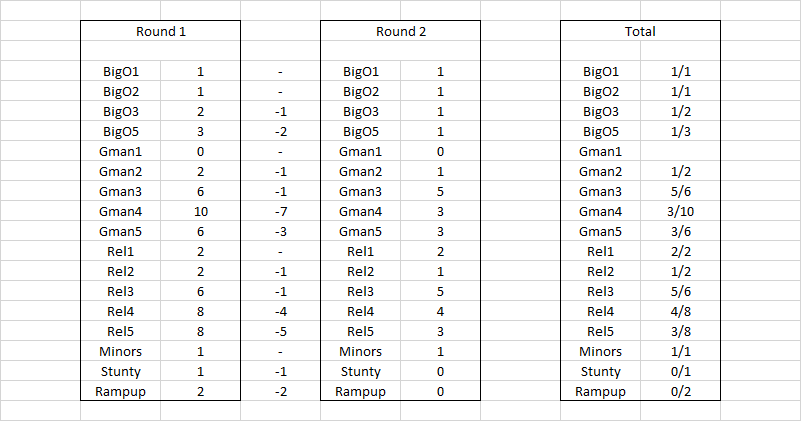 Finally, the remaining races in Sippy Cup. Lizardman and Necromantic took a BEATING in the first around. Four and five teams of each race were knocked out in a manner of seconds! Chaos and Nurgle are still very strong though, and probably in the best position to take the Sippy Cup! 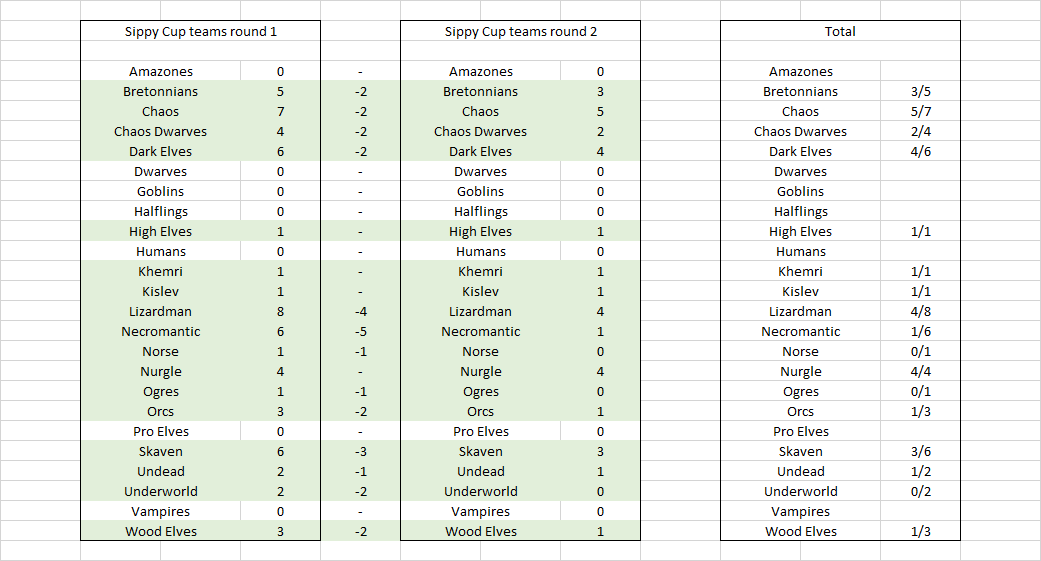 Well, that's all for me tonight guys! Hope you enjoyed! I got a few more things I'll be able to add in the next article, once I get a bit more data! Until then, have fun, and kill some Chorfs and Skaven!

Congrats to the winner