Do you want to win a ReBBL mug? Have you joined dozens of tournaments and side leagues, but to no avail? Are you missing that key ingredient to success, be it skill, luck or Nuffles blessing?

Well have you thought about joining the ReBBL tipping comp for Playoffs and Challengers Cup? 50 coaches did join in the fun this season and 3 of them have already bested the rest of the field by a large enough margin that they won their mugs. And did you know that ReBBL coaches aren’t really that great at predicting Blood Bowl matches, as you can read in my previous article?

“But Mr Chicken,” I hear you say “I would still have to follow the league, know the teams and their history, know the coaches and which teams have a good match-up against their opposition. Isn’t there an easier way?”

Oh boy, do I have something for you! By following one simple rule in tipping you would not only have won a precious ReBBL mug, but the whole competition. This trick works so well, that I can make these claims before the competition is even over! Don’t just take my word for it, take this graph as well comparing you to the top 3 tippers this season: 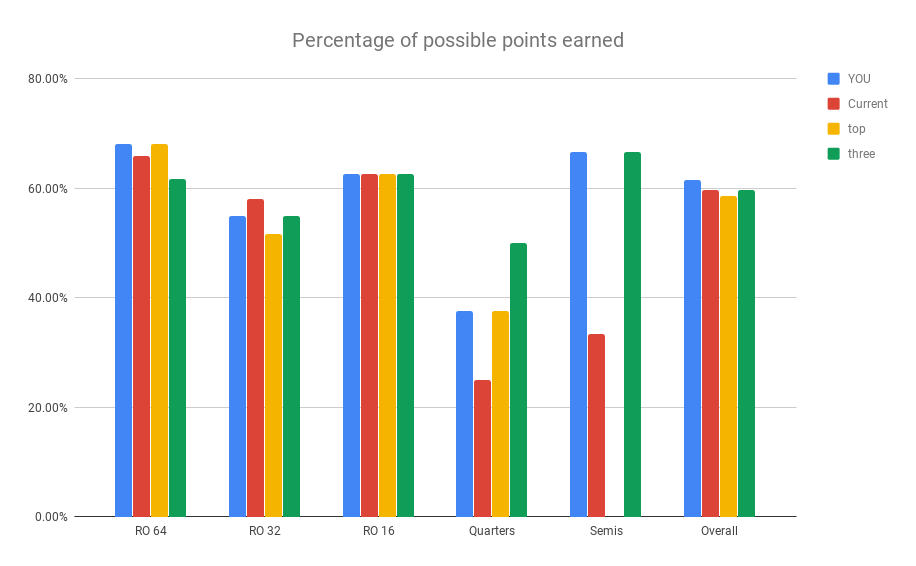 So what is this one trick, that nobody seems to follow, that would have won you the tipping competition and that apparently is better at predicting outcomes than 50 coaches making “informed” decisions?

Tip the team with the higher TV!

It’s an ugly truth, that matches are not just decided by the skill of the two opposing coaches and their sacrifices to Nuffle, but also the development of the teams. The team with the higher TV takes the win roughly 60 % of the time. That does not sound like much, it’s worse than a 3+ dodge and we all know they fail more often than not. But it is enough. You don’t even need to tip on the matches with equal TV, you win without them. Out of the 104 matches eligible for tipping you would have gotten 64 points, while the three best tippers got 62, 62 and 61 points respectively.

Everybody knows from experience that TV difference matters, so why do we deviate from it when tipping? Because we think we know better. We see a common sense way of how to tip and want to go against the grain in just the right moment to one up our competitors and we all fail at it. There were 39 games where a deviation from the norm would have been favourable and 64 where it would not have and we all managed to pick more games from the latter pool than the former. I feel like a comparison to the stock market might be apt, but I’m not an economist so I’m just presenting that can of worms, you have to open it yourself.

If you are now wondering if there is a sweet spot of TV where it is more likely for the lower TV team to win or where it is all but sure that the higher TV team will win, you can surely try to find it. I can present you the data, but to my eyes it is very evenly distributed with wins by the underdog up to a TV difference of 520k (Highgate Wardens winning over The Rowdy REBBL Rousers). 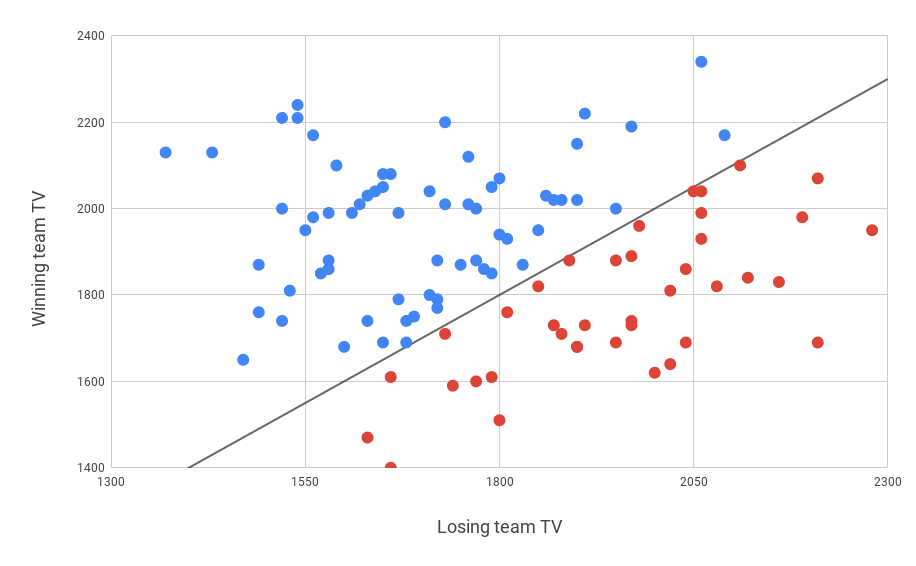 So there you have it, the one little trick which would have easily won you the tipping comp. But now everybody knows about it and everybody will try it, so next season the real competition starts in which we have to actually choose wisely when to go against the grain. Until then, train your inner Nostradamus and dream of that glorious mug.